Brian Matthew Krzanich is the CEO of Intel, one of the world’s largest, multinational technology companies.

Having joined Intel in 1982 as an engineer, Mr. Krzanich worked through a series of roles to eventually assume the role of Executive VP and COO in 2012, and then Chief Executive Officer in 2013. Under his leadership, the company has expanded and grown in value by billions of dollars. While annual revenues were reported as declined in 2013, Intel rallied and boosted sales by 6% in 2014, after its first full year with Brian Krzanich at its helm.

Additionally, in a bold move, Krzanich has vowed to invest $300 million dollars to building a more diverse workforce, will plans to increase the hiring and retention of women and minorities in the company. As he stated in his 2015 keynote speech at CES. “Our vision for our industry is bolstered when we create an environment that is fully inclusive and offers equal opportunities.”

Krzanich earned a bachelor’s degree in chemistry from San Jose State University and holds a patent on semiconductor processing. In 2015, he was elected as Chairman for the Semiconductor Industry Association. He also sits on the Board of Directors of Lilliputian Corporation

Learn more about Brian Krzanich and the .CEO Network. 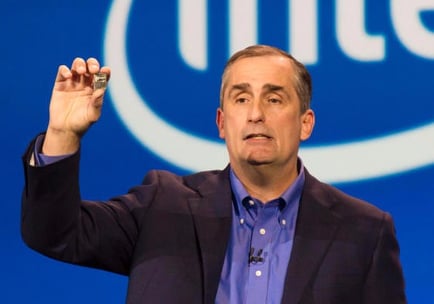